with < My Thoughts > by Sara Luker 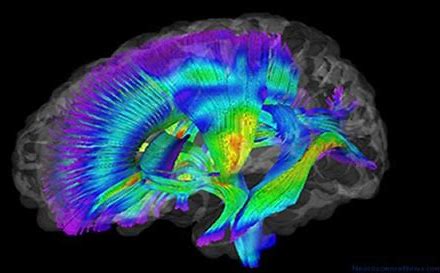 KNOW AUTISM, KNOW YOUR CHILD, with < My Thoughts > by Sara Luker

What is the latest research on autism? With < My Thoughts > by Sara Luker

World Health Organization (WHO) Staff Writers (2022) emphasize that the health-care needs of people with autism are complex and require a range of integrated services, that include health promotion, care and rehabilitation. Collaboration between the health sector and other sectors, particularly education, employment and social care, is important.
​
As you may already understand, Autism Spectrum Disorder (ASD) is a developmental neurological disorder which according to Researchers at Kobe University (2022), “remains largely unexplained, despite the rapidly increasing number of patients” diagnosed with autism.

Kobe University Researchers (2022) report a recent study, which revealed abnormalities in ‘blood cells’ during fetal development, may result in ‘immune’ abnormalities in the brain and gut. But they say that “the essential mechanisms behind these immune abnormalities have yet to be determined.”

Drake (2021) believes in the speculation of some scientists that ‘gene variants’ are linked to autism. Although each autism case is unique, they also share common characteristics.

Buxbaum (2014) claims that “genetic variation likely accounts for roughly 60 percent of the liability for autism, with common variants comprising the bulk of its genetic architecture.” Buxbaum also comments that “within a given family, the mutations could be a critical determinant that leads to the manifestation of Autism Spectrum Disorder (ASD) in a particular family member.”

When trying to fathom how one’s child within a given family can be discovered to have autism, many reasons must be examined. Contained in this writing, I have attempted to gather what I consider to be ‘hopeful’ views and reasons of others who have gone before us.

Wigler (2022) claims that there is more than a ‘random’ chance that a family with an autistic child will also have siblings with autism. But that in large families, only ‘one’ child may show signs of autism. This could possibly be due to the combination of both the child’s ‘inherited genes, and ‘sporadic gene combinations.’ In his ‘unified theory of autism’, the complex developmental neurological disorder of autism is made possible through both these ‘inherited genes, and ‘sporadic gene combinations’ and/or the destruction or damaging of genes through ‘environmental insults’ or ‘spontaneous mutations’. He also wants us to know that while girls may not show symptoms, they can still be carriers of autism. Thus, putting their future children at-risk and making it seem that autism appears more often in boys.

Chaste & Leboyer (2012) say that research shows ‘autism is a complex disorder resulting from the combination of genetic and environmental factors.” That “siblings showing impairment within families is best explained by shared genes, as opposed to a shared environment.” One study estimates the heritability of autism to be 55%. And, there has been a huge effort in research to try to unravel the underlying genetic factors, within families.

Karmiloff-Smith (2010) has been quoted, over time, as believing that “too much brain growth, followed by too much synaptic pruning” leads to the pattern which appears in the autistic brain. That this ‘over-pruning’ can cause ‘autism traits’ to appear when the child reaches 18 months of age.

While some say that ‘autism traits’ appear when the child reaches 18 months of age, more recent findings consider the appearance age to be closer to 36 months. Or, when a child is presented with certain behavioral demands in environmental, social, and/or preschool settings. Often, when a child cannot meet these demands, s/he acts out. But chances are that they do not want to ‘give you a bad time’; they are ‘having a bad time!’

Other studies report strong evidence of exposure to toxins. Including ‘environmental insults’, during the unfolding of the ‘neurodevelopmental processes’. There have been higher concentrations of heavy metals found in the  blood, urine, hair, brain, or teeth of children with autism; as compared with controls. Cited toxins were solvents, toxic waste sites, air pollutants, pesticides, and heavy metals.

This doesn’t explain the higher risk for autism in boys, than in girls. Nor, does it define whether these exposures, if detrimental, are experienced by the mother during the gestational period; or by the child during the developmental period. So many questions remain unanswered.

Gilberg (2020) gives us an idea of what his world is like. “I felt I was trapped between two worlds. I could only describe it as having a brain that was half autistic and half neurotypical. I believe from my own life experience that you can actually have a brain that is both.”

He continues, “I felt too “normal” in much autistic company and too ‘autistic’ in neurotypical company. When I have taken Autism inventories or rating scales I routinely score just over the ‘autistic’ line.”

This brings to mind ‘the line in the sand’ analogy made by Yale Child Study Center researcher, K. Chawarska. She claims that when discerning autism from an innate developmental problem or a problem of regression, it is like trying to draw a line in shifting sand. For instance, before losing a skill can be considered to be ‘regression’, some believe that a child must be proficient in that skill for at least 3 months, prior to losing it.

Yet another analogy that autism signs are illusive may be when symptoms are compared to spotting something under the lamppost. It is said that we usually clearly see only that which is illuminated in a bright pool of the streetlight. We rarely see the subtle things which lurk in the dark shadows.

Others consider in the early descriptions of autism as a ‘great divide’ between those with autism symptoms, and those without. Sometimes however subtly, a child's behavior provides ‘faint’ clues to social ineptness, or developmental delays, it remains there. But, the tendency of teachers and/or parents is to forget, or explain away a missing behavior. This can be as subtle as not sharing or returning a smile.

Svoboda (2020) explains that at a year old, Ethan Loyola, during this early developmental period, had been given several courses of antibiotics to treat an ear infection. He was left with painful diarrhea. Soon after that, he was diagnosed with Autism.

While not clear evidence of linking 'gut' problems with autism, Ethan's digestive issues continued as he grew older. His father finally took him to Arizona State University, near his home, where Ethan was enrolled in a microbiotic transfer therapy used to recolonize his gut. Studies show that children with autism have a mix of gut microbes which are distinct from those of children without autism.

Scientists say that targeting gut microbes are thought to disrupt neurodevelopment, thus effecting behavior, in children with Autism. But they conclude, “…we need more evidence, overall.”

As parents, and/ or clinicians, and therapists, we need to seek evidence for ‘our’ child. For our child’s pattern of autism. Because each individual child has his/her individual pattern. Autism has been compared to a ‘snowflake’, or a ‘human fingerprint’. Or, I offer my analogy between autism spectrum patterns and those patterns created by the twist of a kaleidoscope. (See Attachment ~ < My Thoughts > by Sara Luker, while comparing kaleidoscope patterns with the patterns seen in the scan of an autistic brain.) As the world is gathering more evidence, concerned parents and clinicians can begin to ‘know autism & know their child.’ Only then, can the goals of treatments/therapies, and other interventions begin to be determined. Keep in mind, too, that too often current research contains ‘old theories’ presented as someone’s ‘new theory’.

Advocates of Autistic Self-Advocacy Network (ASAN) (2022) announce that “wasting time and money on something that is not possible and that autistic people do not want, we should focus on supporting autistic people to live good lives.”

“The most important thing,” the ASAN adds, “is that any therapy should help autistic people get what we want and need, not what other people think we need. Good therapies focus on helping us figure out our goals, and work with us to achieve them.”

Buxbaum, J. (2014). Most Genetic Risk for Autism resides with a Common Variation; Retrieved online from – https://www.nature.com/articles/ng.3039

Gilberg, M. (2020). Stuck Between Two Worlds: Having a Brain that is Half Autistic & Half Neurotypical; Retrieved online from – https://www.drakeinstitute.com/

Kobe University Researchers (2022). Does Autism Begin in the Womb? Retrieved online from –
https://www.kobe-u.ac.jp/research_at_kobe_en/NEWS/

Takumi, Toru (2022). Does Autism Begin in the Womb? Research Breakthrough May Lead to New Treatment Strategies; Retrieved online from – https://scitechdaily.com/does-autism-begin-in-the-womb-research-breakthrough-may-lead-to-new-treatment-strategies/

Wigler, M. (2010). A Unified Theory of Autism – Big Think; Retrieved online from – https://bigthink.com/videos/a-unified-theory-of-autism
​
Attachment: < My Thoughts > by Sara Luker, while comparing kaleidoscope patterns with the patterns seen in the scan of an autistic brain.)
////
​
Attachment:  Comparing Kaleidoscope Patterns with Brain Patterns seen in Autism, by Sara Luker 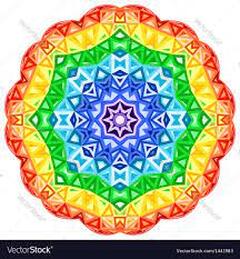 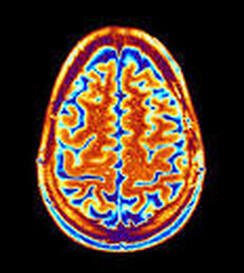 Tilted at an angle, shifting the sensory environment