#4B2 More Programs/Therapies/Approaches ~
​     Meds, Dietary & BioTherapy
with < My Thoughts > by Sara Luker

​According to the Centers for Disease Control & Prevention (CDC) website, https://www.cdc.gov/ncbddd/autism/treatment.html
some treatment programs for children with Autism Spectrum Disorder address the following: 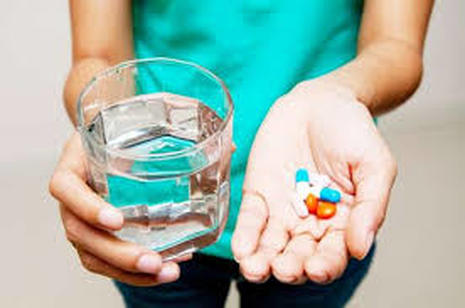 The following programs, therapies & approaches are described without intent or suggestion of status or effectiveness –


< My Thoughts > … What you may find under MEDICATION is that there are no specific medications for ASD, only medications to treat related symptoms such as energy levels, inability to focus, depression, and/or seizures. Most often these are costly ‘substance controlled’ drugs which need extremely careful monitoring for dosage and side effects.

Deb, et al. (2001) discuss a study where 100 participants, ages 16 – 64, considered to have an intellectual disability, were shown to have their severe behaviors reduced with the use of psychotropic medication. This challenging behavior was rated as severe and frequent. Many of the behavioral disorders on the list were also seen in persons with autism. They were –


The medications used were antipsychotics, antidepressants; along with anti-epileptic drugs, as 24 of the participants had epilepsy.

< My Thoughts >       Parents can expect that sometimes doctors will prescribe a drug to reduce your child’s symptoms of irritability and/or aggression. The original intent of the physician is to get your child to a place emotionally where behavioral treatment can begin. Then after behavioral treatment is in place, learning can usually begin. Sonny had been on one such drug so long (years & years) that when we tried to transition him off it was clear that his body couldn’t function without it. This of course was before he had a correct diagnosis for epilepsy, which looked to everyone like tantrumming and meltdown behavior. When in fact, he was experiencing a seizure. Scary, huh?

Lenne & Waldby (2011) say that ASDs lack a biological marker or set of pathology tests to aid in the diagnosis process. Pediatricians cannot send off blood samples to verify their intuition about a certain child. Even with the available observational diagnostic tests, ASDs are difficult to categorize.
Diagnostic tests referred to in this study were:
​
​These authors go on to say that pediatricians are faced with the complexities and inconsistencies of symptoms seen on the autism spectrum. And, those doctors would like to see themselves in the role of ‘facilitator’, helping parents after giving them the diagnosis. But doctors say, “In the ‘real-world’ we can only do the paperwork and refer them on to someone else.”
​
< My Thoughts >      This pretty much says it all…doesn’t it?

Floyd & McIntosh (2009) inform us that while behavioral and educational therapies are generally considered the most appropriate first-line interventions for individuals with ASD,

psychopharmacological intervention is often required. They found that over the past 10 years, antipsychotics, antidepressants and anti-epileptic drugs were used to treat the core features and associated symptoms of autism. The purpose for physicians subscribing these meds was to reduce the deficits in socialization, communication, repetitive behavior and maladaptive functioning in the child or adolescent with autism.

Medications, these authors caution, are considered to only be a short-term treatment. Or, to ‘boost’ the effects of other meds. And, the reduction or withdrawal of that therapeutic dosage of medication might result in relapse. Also considered was that these psychotropic drugs may have maximum side-effects and minimum effectiveness.

< My Thoughts >       I am not including the brand name of the drugs used in these studies, due to the slight chance that someone may interpret that mention as an endorsement or recommendation. Hope you understand. Thanks.
​
References used: 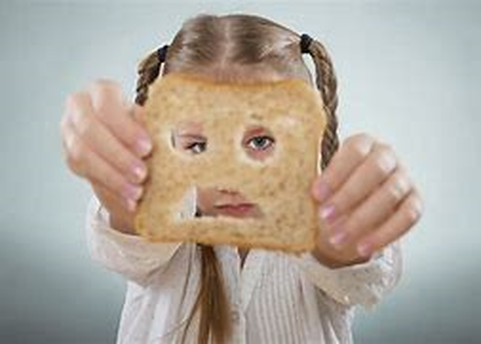 < My Thoughts > … What you may find under DIETARY APPROACHES is that many of these treatments are unproven. Some professionals even put dietary approaches in the category of COMPLEMENTARY & ALTERNATIVE  MEDICINE (CAMs). But, a medical doctor may recommend biomedical intervention after testing your child for food allergies, gastrointestinal problems, and/or nutritional deficiencies. So this becomes somewhat of a ‘grey’ area when finding ethical and well founded approaches to programs and treatments. Just saying.
​
Marshall, et al. (2014) wrote a current paper which identifies, reviews, and analyzes early interventions for children less that 6 years old with ASD and feeding difficulties. They looked at interventions successful with ways to increase desirable mealtime behavior.

This reminds us that feeding and eating difficulties can lead to dangerous weight loss, malnutrition, iron deficiencies, anemia, gastrointestinal issues, and failure to thrive. And, that the current literature suggests that successful interventions for children with ASD and feeding difficulties is limited. One reason seems to be the ‘mismatch’ between the intent of the intervention and the actual outcome. In other words, the conclusions are unclear. As a result of the intervention, have they changed the mealtime behavior, or decreased the child’s food selectivity, or have they been successful increasing intake volume? These questions are left unanswered.

< My Thoughts > because of the above confusing conclusions, I will try to tackle both feeding/eating behaviors, food selectivity, and increasing intake volume. Included for good measure will be Bacteriotherapy and Immune Dysregulation.

Mari-Bauset, et al. (2014) tell us straight off that… “Few studies can be regarded as providing sound scientific evidence about dietary changes and autism.” They recommend that a child’s diet should be only be changed after the diagnosis of an intolerance or allergy to foods containing the allergens excluded in gluten-free, casein-free diets.

One of the reasons that there are ‘few’ sound studies, according to Pennesi & Klein (2012) is that staying on a ‘strict gluten-free & casein-free diet’ requires ‘strict’ implementation. Because the child may be with others during the day, or from time-to-time, s/he may be getting foods which are not allowed. Therefore, the data cannot always be authenticated. Then there is also the confusion between whether the child has gastrointestinal abnormalities or an immune system dysfunction.

They point out that the child may have sensitivities or social behaviors related to food. Thus these authors feel that the child must be diagnosed and certain things ruled out, before treatment can begin.

< My Thoughts > Parents often feel that this is a ‘non-invasive’ approach to solving some of their child’s problems. But Katuzna-Czaplinska & Jozwik-Pruska (2016) caution that the child with ASD may already suffer from nutritional and metabolic problems which may be made worse by reducing nutrient intake without proper supplementation or professional advice. 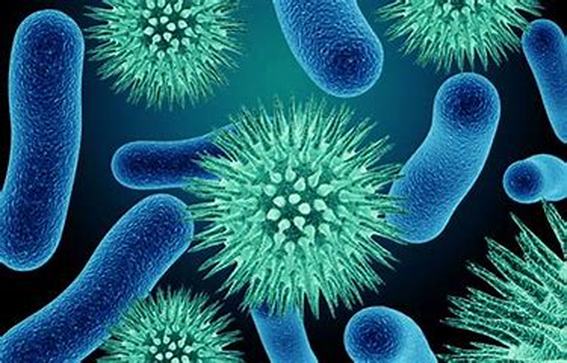 < My Thoughts >       The DIETARY APPROACH considers both diet and probiotics in the autism therapy discussion. So, at this point, I will make the transition to another ‘therapy’ discussion that is out there – Bacteriotherapy and Immune Dysregulation; which comes under the Biomedical Causes & Treatments for Autism,

In an article 2017 by Marci Wheeler; An Introduction to Possible Biomedical Causes and Treatments for Autism Spectrum Disorders, this contributor from Indiana University, Bloomington, identifies the following –

“While there is no universally accepted theory or causation for autism, there is likely a complex relationship between genetic predisposition and an environmental trigger.” Thus, some Complementary & Alternative Medical treatments (CAMs) focus on biomedical causes and treatments; such as Bacteriotherapy and Immune Dysregulation.

There are four broad areas of focus, intertwined and each affects the other…Gastrointestinal (GI) abnormalities, immune dysfunctions, detoxification irregularities and nutritional deficiencies or imbalances; where one of the areas may impact the other.

Above information Introduction to Possible Biomedical Causes retrieved from – https://www.iidc.indiana.edu/pages/An-Introduction-to-Possible-Biomedical-Causes-and-Treatments-for-Autism-Spectrum-Disorders.

< My Thoughts >   In an effort to give readers a layman’s view, as I see it, I’m probably giving biologists, scientists, physicians, nutritionists, and other professionals in the field, heart palpitations. I was tempted to discard this section, but too many are vulnerable when it comes to investing in ‘sure cures’. Please be advised that my intentions here are purely to begin to inform both myself and others. Now it is up to you to find the information which will best serve you and your child. Thank you. S.

Next, Patel & DuPont (2015) say a therapy approach which seems to be gaining momentum is that of ‘Bacteriotherapy’. This therapy includes 3 slightly different agents: probiotics, prebiotics, and synbiotics. They go on to describe probiotics as living bacteria that benefit the host. Where as prebiotics are nondigestible compounds that favorably change the intestinal microbiota. And, synbiotics are defined as products that contain both probiotics and prebiotics.

Frye & Rissignol (2012) reviewed trends in physiological abnormalities potentially related to ASD. These trends were immune dysregulation/inflammation, Bacteriotherapy & Immune Dysregulation, oxidative stress (body cannot detoxify readily), mitochondrial dysfunction (energy powerhouse of body cells not producing energy) and/or environmental toxicant exposures (exposure to lead, mercury, arsenic & other toxicants during the infants neurodevelopment). While they claim that there may be bias in this area which led to overestimation of this association, they believe that it may provide insight into processes that could contribute to ASD and other psychiatric disorders.

A 2017 article by Professor Kimberley McAllister states that more recent research highlights the increasing interest in the field of immune dysregulation as it relates to ASD. Also of interest is how the process of ‘masculinization’ makes boys more vulnerable to the effects of inflammation than girls. They say that research in this new area of neuroimmunology provides real hope for new therapies which may prevent or correct immune dysregulation in ASD.

For people on the spectrum suffering from immune dysregulation and neuroinflammation,  Vojdani & Lambert (2012) conclude that, “Scientists have not yet uncovered all to the human body’s secrets, but have brought to light many important concepts that can assist us in bettering the lives of persons affected by autism spectrum disorders.” “Many biomarkers have been studied and established to help pinpoint effective tailored treatment protocols for persons on the spectrum. Armed with biological knowledge and tenacity, more people are living well-rounded, healthy lives, and parents are reconnecting with their children who were once lost to autism.”

Information about INTERVENTIONS, THERAPIES, PROGRAMS, and/or TREATMENTS is presented without intent or suggestion of status or effectiveness; or even with the title of an autism ‘intervention’. Most places in the literature and even in some laws, the word ‘intervention’ is used interchangeably with ‘instructional/educational program’, ‘therapy’, and ‘treatment’. The very word ‘INTERVENTION’ when used in the same sentence with ‘autism’ may imply ‘cure’ or ‘long-term’ effect. That is NOT the intention here.

Autism ‘intervention’ as with the phrase, “Early Detection / Early Intervention” may simply mean an ‘action’, or an attempt to ‘change a course’ or trajectory of autism. Also, the expectation for success is that all ‘interventions/therapies/programs will have the cooperation of the participant, the parent, and/or the assigned therapist.

There are many different types of treatment programs, interventions, and services being tried by parents and schools. Also, your child’s challenges may require having several non-competing therapies at once. Therefore, carefully consider the cost and time involved for your child and your family. Be very careful to fully understand your obligations. To some, AUTISM is a business. So, remember that gym/spa membership you paid for every month for three years, even though you only went there a few times? You could find yourself in the same type of situation here.

Disclaimer: Just to let you know that I, Sara Luker, have put forth my best efforts to create the extended book reviews presented here on this website. I have permission from the authors to publish these Extended Book Reviews. This is just a sharing of stories of those who have gone on before us. Please, understand also that all health matters ALWAYS require professional medical decisions, diagnosis, and treatment by highly qualified and licensed individuals.

Recently, I have added “What to Do While You Wait” to the website. This collection of information is for educational purposes only; to begin your investigation and search for knowledge. My hope is that you will not feel alone when dealing with the mysteries of Autism Spectrum Disorder.